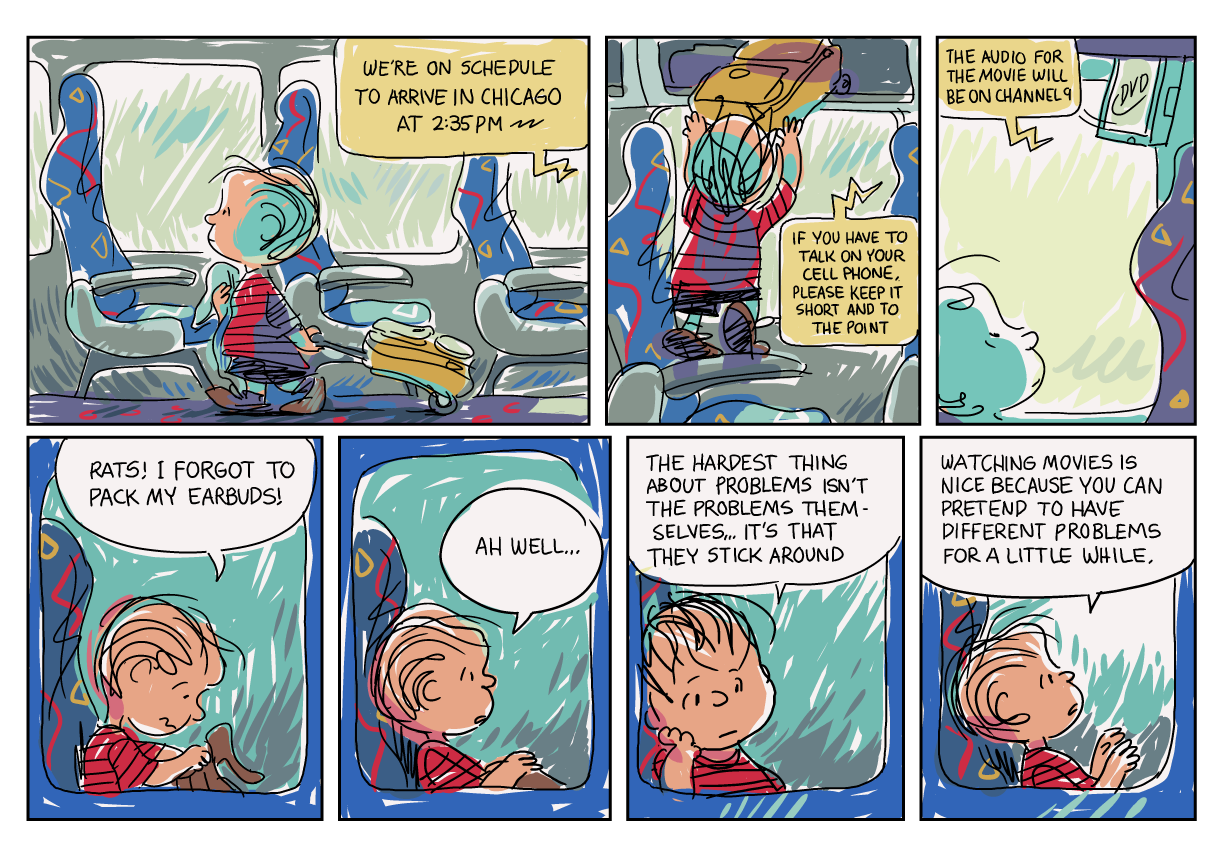 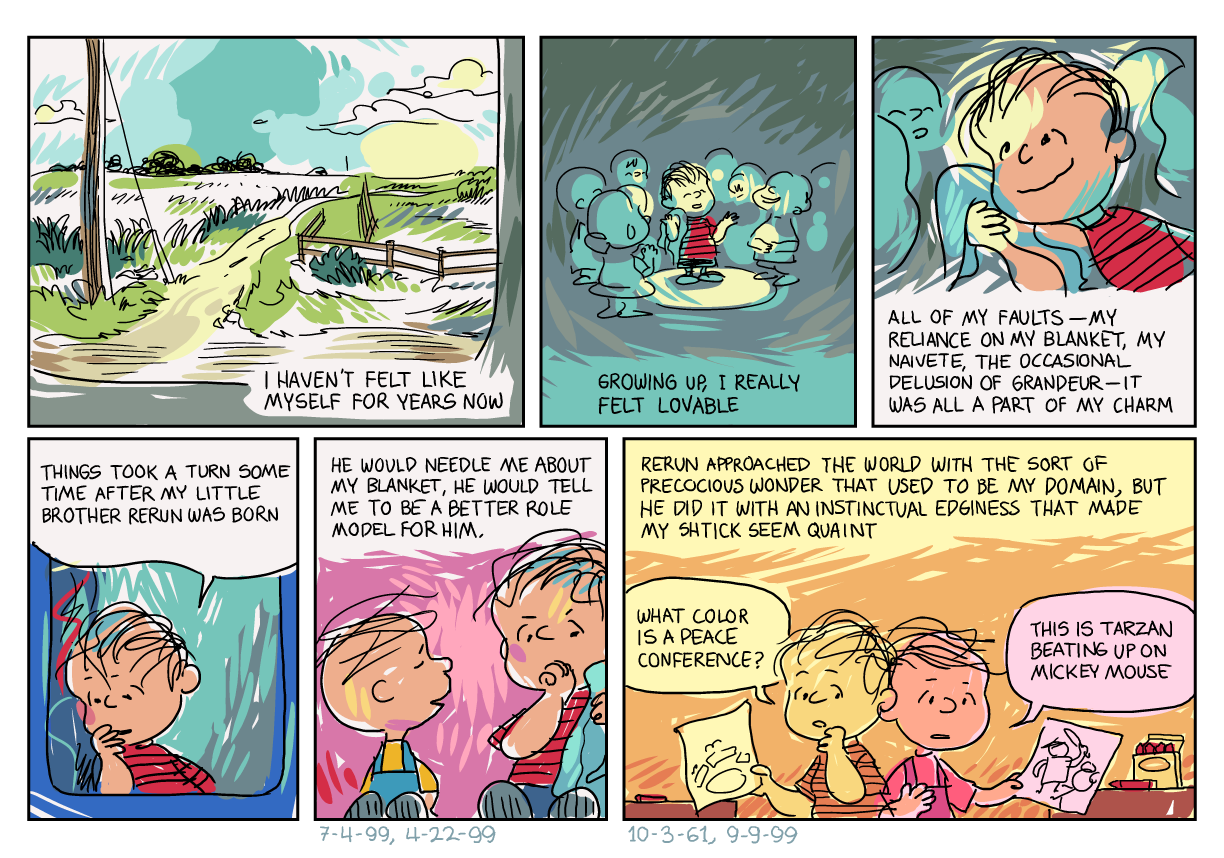 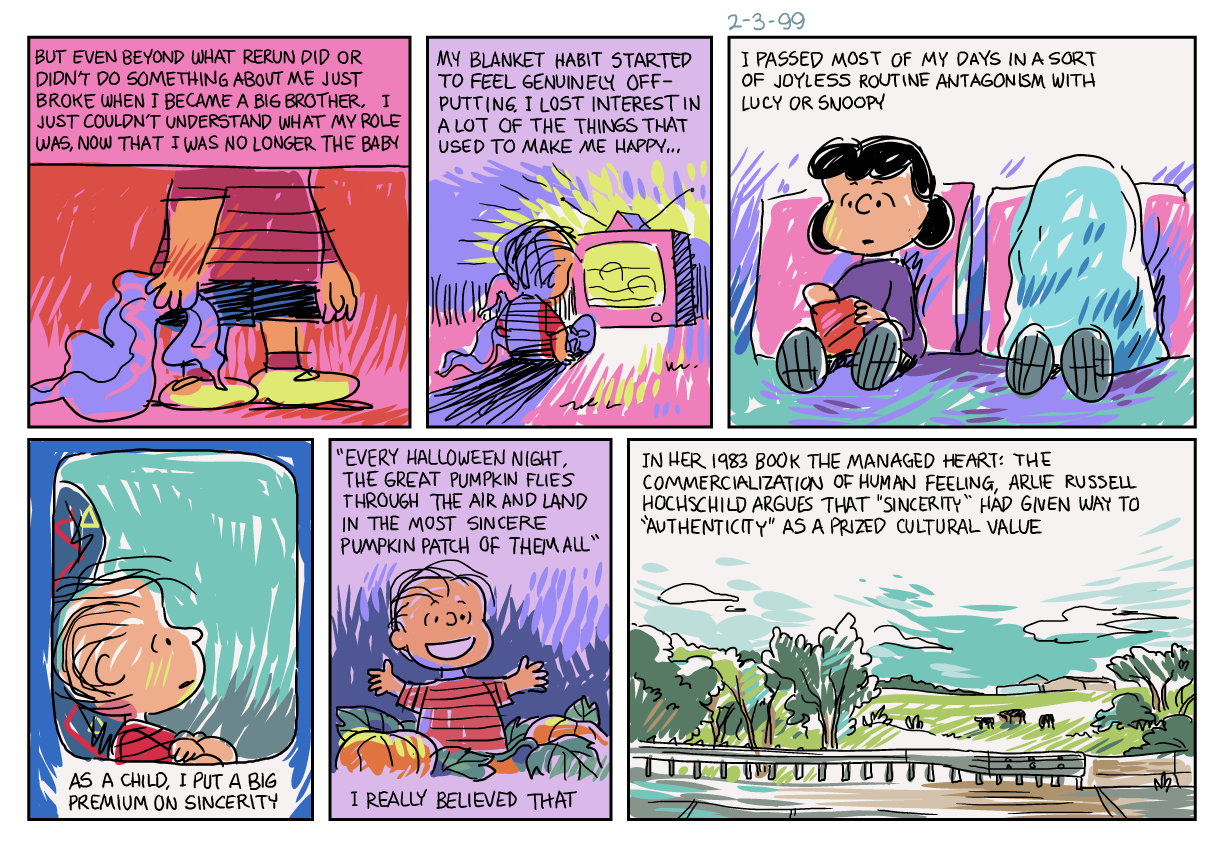 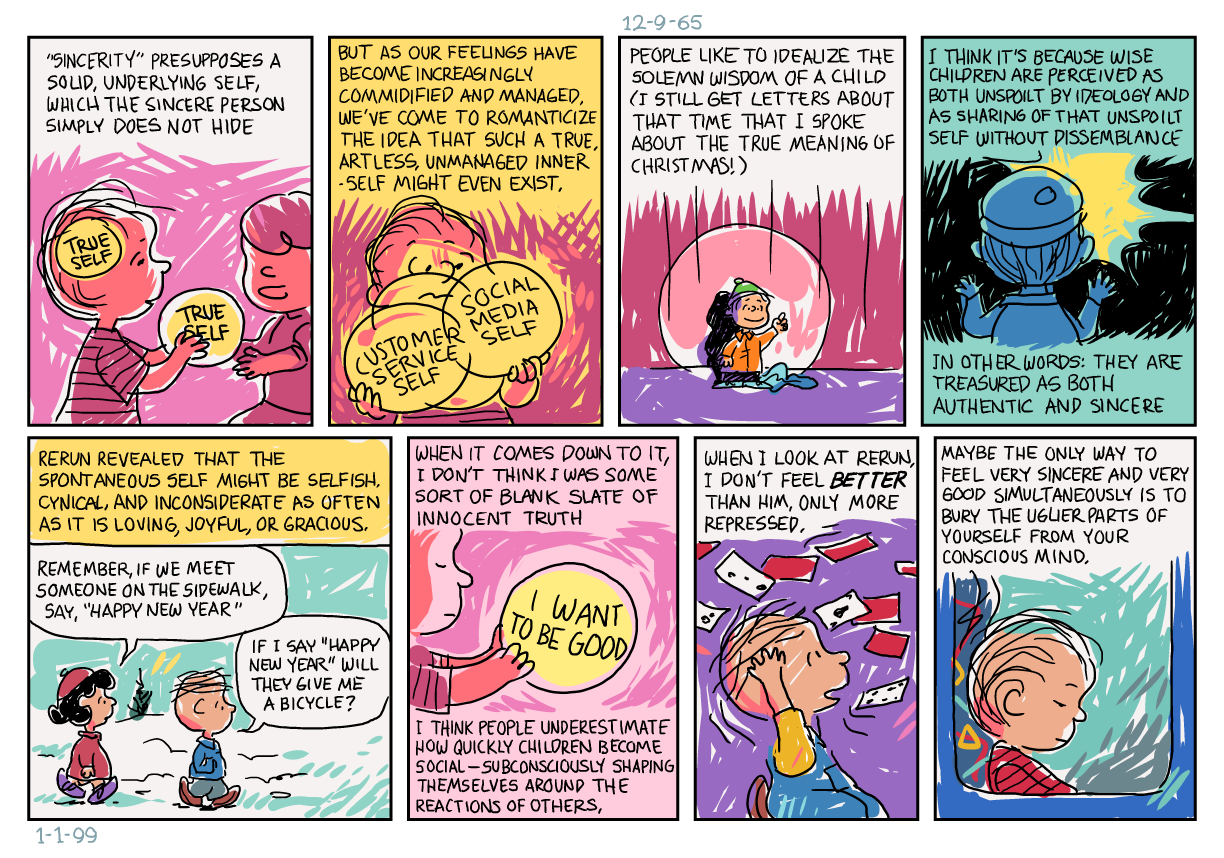 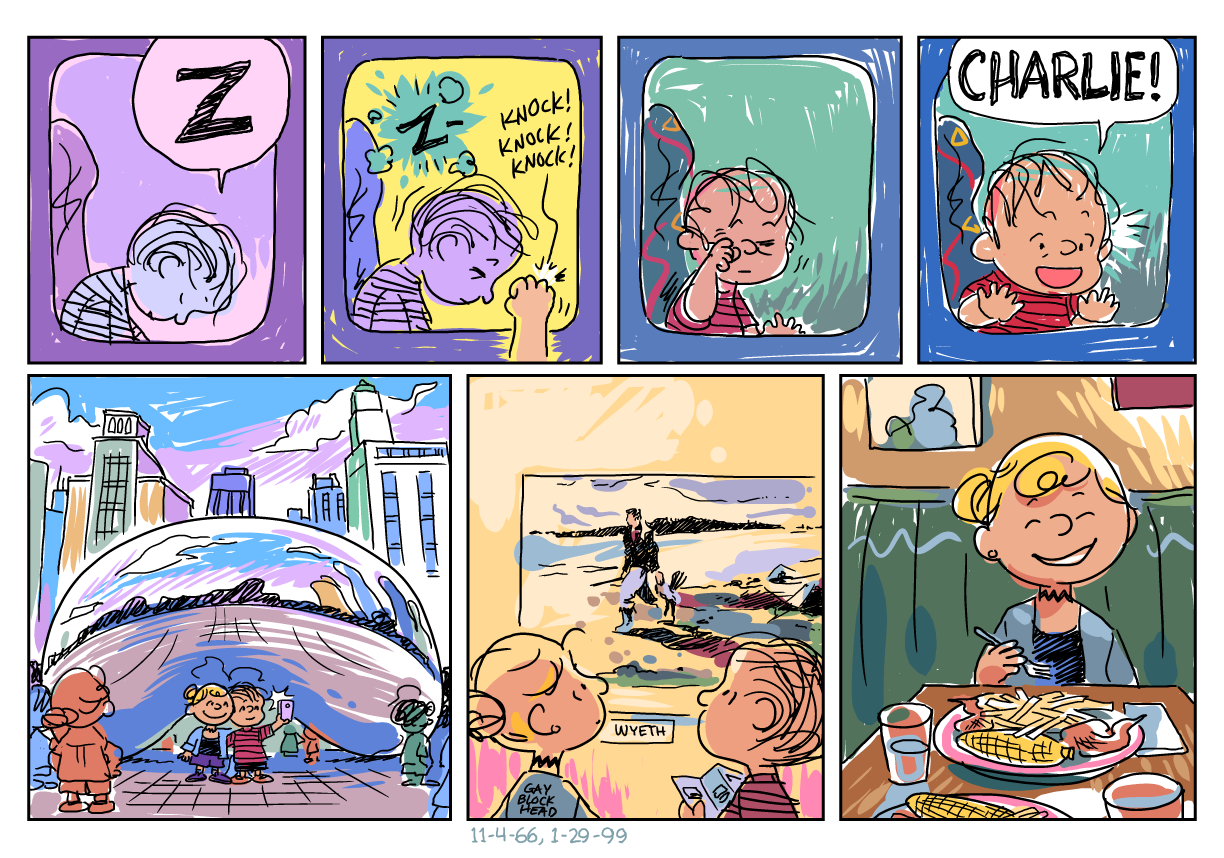 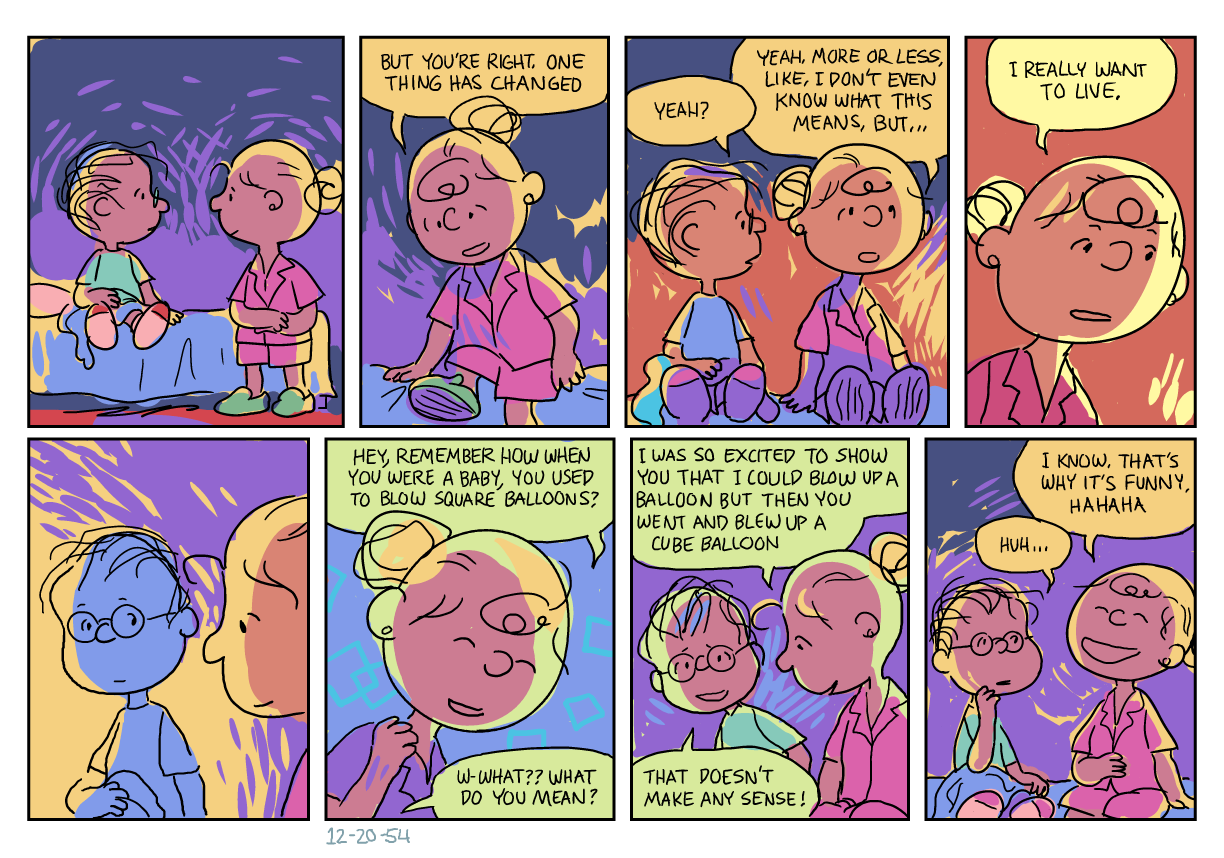 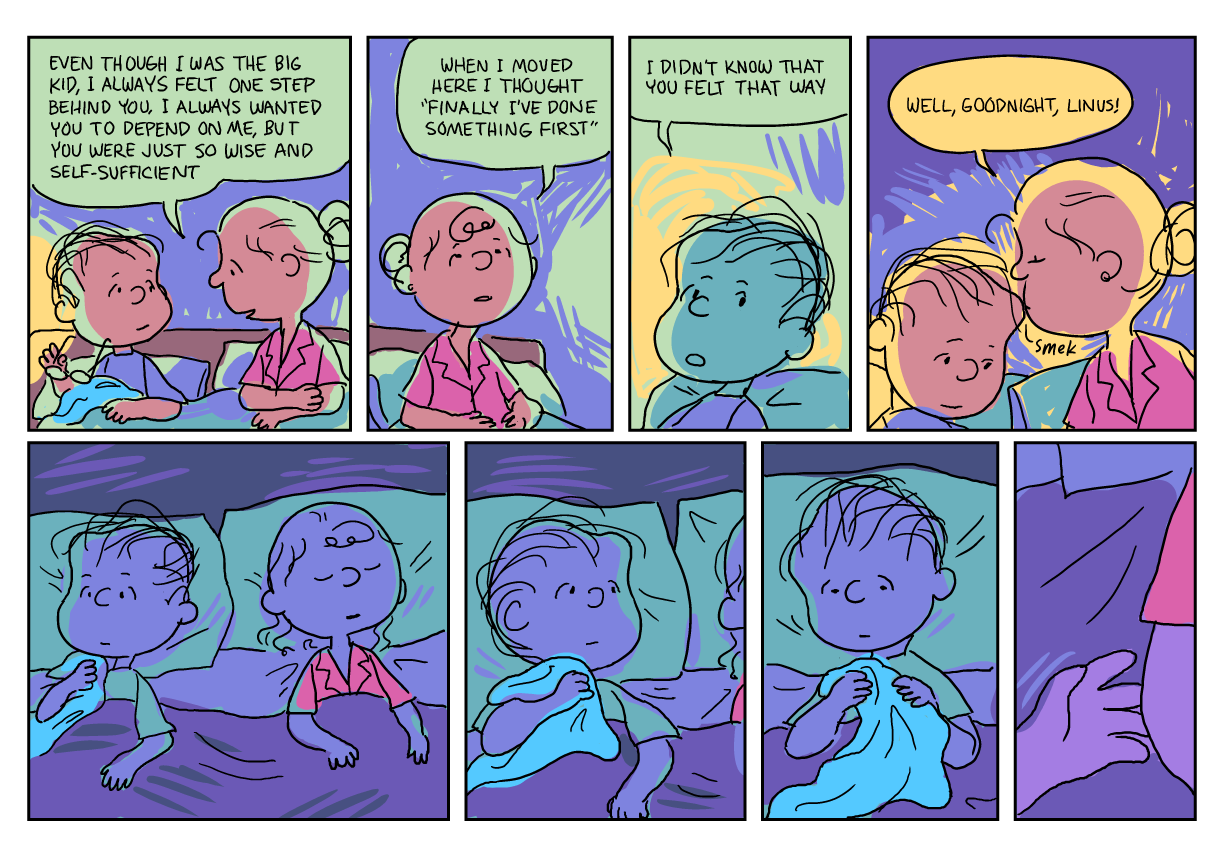 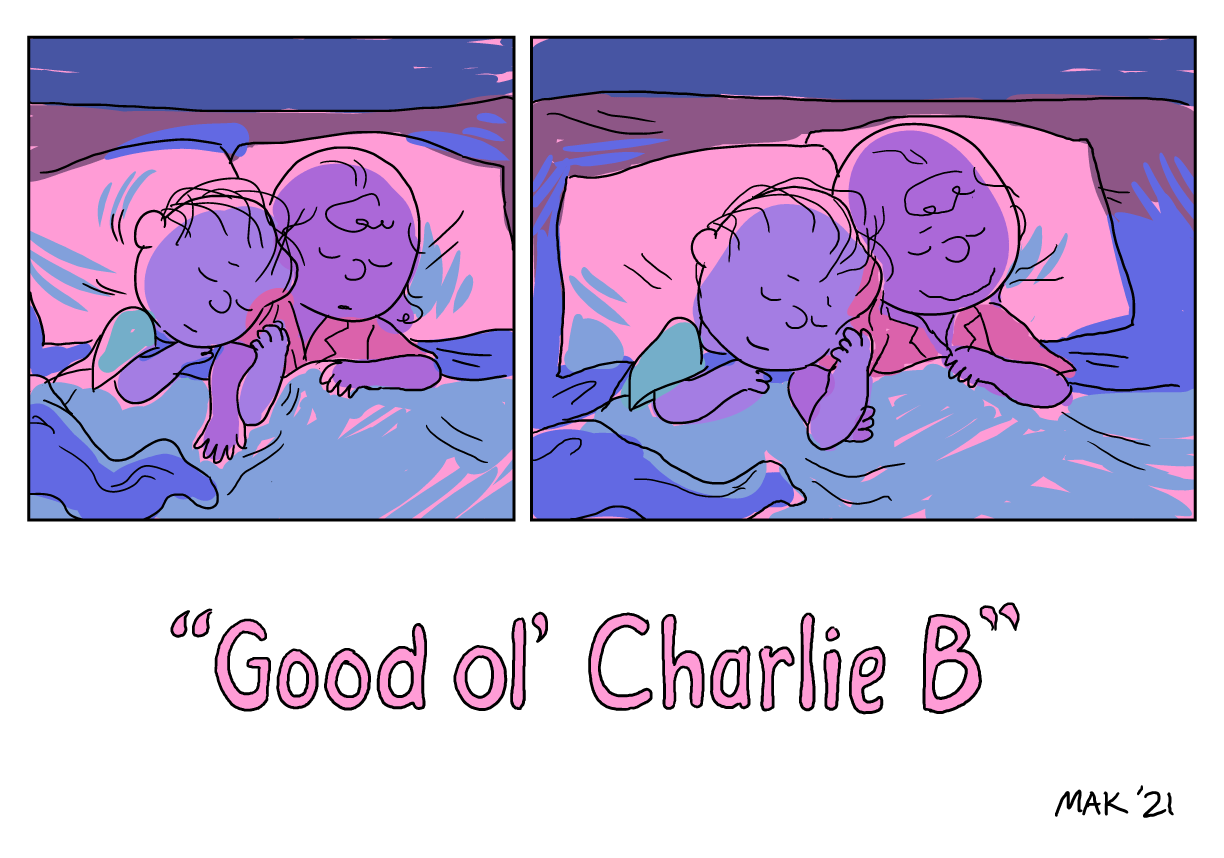 I was a Peanuts superfan as a child, and I had always identified with the sweet, precocious character of Linus. To me, "peak" Peanuts was the 60s and 70s. At some point, I got the book Peanuts 2000, which simply collects the final year of Peanuts, ending with the final strip. Despite the emotional premise of a five decade project coming to a close, the material itself always struck me as deeply off. It wasn't particularly funny and there were few memorable arcs. The characters felt... tired. The strip's primary energy came from "Rerun", Linus and Lucy's younger brother who bizarrely looked exactly like a smaller Linus. For years Rerun appeared only occasionally, generally riding on the back of his mother's bike. But eventually he gained a consistently distinct haircut/wardrobe and a youthful, rebellious personality that set him apart from his ancient cast-mates.

I kind of hated him!

Perhaps I blamed Rerun for how the other characters seemed to have lost their sparks. Or maybe it rubbed me the wrong way that his very essence (a clone of Linus?? He's called "Rerun"???) seemed like an absurd and short-sighted joke. Over the years, I've felt various different ways about the strange and quiet Peanuts 2000, re-reading it now and then as I grew from a child to an adult. About a year ago, I had the idea to put some of these thoughts in a zine.

Ultimately, these thoughts became this comic: half essay, half tribute to visiting old friends. God, I wish that could be me.

P.S. the dates in the margins are references to the original publication dates of relevant Peanuts strips. For example, I have Linus and Charlie going to see a drawing by American artist Andrew Wyeth (Coot Hunter, which is actually in the Art Institute of Chicago's collection), because Schulz was a fan of Wyeth and mentions him a couple times in the strip. Snoopy gets a Wyeth after his Van Gogh is destroyed in a fire. And Rerun (drawing comics with crayons in school) laments that he'll "never be Andrew Wyeth".